How much does it cost to raise a dairy goat?

After four years of raising goats, starting with six goat kids and, well, today we've got, oh, eleven adults and seven kids with more on the way: I'm finally getting around to figuring out how much our goats are costing us. The truth is I haven't really wanted to know. The truth is, it's embarrassing. The truth is that we have not been attempting to run a successful business, nor have we ever had a business plan. We got in to goats because we wanted our own milk, the access to raw milk and homemade raw dairy products. Well if that was really all we wanted, two milking does would suffice. We also wanted a self sufficient goat herd, to have enough genetic diversity that we can breed our own goats without buying more goats or driving our goats long distances and exposing them to other bucks (herds/diseases) for breeding.

The bad news is that they are costing more than we can really afford. Certainly more than we would spend on millk and goat cheese yearly. The good news is that if we stay organized and motivated we have the potential to sell enough shares in our herd, which in a convoluted way allows the exchange of money for keeping of goat, and that goat's milk... that the goats will at least pay for a significant portion of their expenses. Here are some of our current feed costs:
Other expenses I looked at are vet receipts, and odd expenses like collars, heated waterers and baking soda. Expenses I did not include in our yearly goat expenses are labor, shelters, fencing, gates, electricity or milking supplies.

I broke down the feed into how much each cost by the pound. For vet expenses, vitamins, herbals and the miscellaneous expenses, I divided the total estimated amount, or receipts by our winter herd number which was and should continue to be about eleven goats.

The rest of the goats are less money to keep. The bucks do fine on brome with a small amount of mixed grain and alfalfa pellets. They also get herbal wormer, b.soda and sweetlix vitamin supplement. They cost closer to $36 each a month, $432 a year, $1554 for all three. The kids and yearlings cost the least, they eat less hay and grain, but they do often take a toll on their dams, continuing to nurse long past when they need it.

So it looks like we are spending close to eight thousand dollars a year to feed and care for our goats. Where does that leave us? Well, it is going to take quite a bit more math to figure out exactly how much milk we get for our money. I think instead of figuring what we should be getting, for each pound of hay and grain we are feeding, I'll be keeping track of what we milk this year and adding up how many pounds of milk we get each month.

With the current amount we are charging for goat shares and milking fees, if we provide eight months of milk- which we won't this year, we would take in $4,450 for ten shares. We could most likely double that if we got better at milking twice a day, and weaning the kids on time etc. So the potential for the herd to pay for itself is there. Now, the question is, are we game? Or, rather, am I game?
Posted by Emily at 8:12 PM

Yowie kazowie! I don't think I really wanted to know that, as we're up to 28 goats!
I've been looking at numbers and feed cost for our herd, and I'm adjusting the amount of grain each goat is getting. I think I can get by feeding less grain. I'll see how it goes. I feel very blessed to live within 5 miles of all the bulk barley and oats I could ever want, plus 800-pound hay bales at a very good price.
However, we're looking at growing some of our own crops to feed the goats - a mixture of field peas and oats to feed instead of alfalfa, mangel beets and carrots for added carbs, and an oil seed called camelina that is a promising choice for high vitamin E, omega-3 fatty acids, and antioxidants. We also plan to harvest and dry a lot of leaves, brush, and weeds for winter feed supplementation.
We'll see how it goes.

Denise, after I wrote this post, my husband suggested I follow it up with a post on ways to bring the feed costs down. We've experimented with growing oats, barley, hardy alfalfa, mangels and turnips for the goats. We also gather brush and weeds for the goats. They get veggie scraps from the kitchen almost daily. And I also gathered and dried some of our own herbs which we fed them this winter, nettles, dandelion and raspberry leaves. I'm not quite feeding two pounds of grain to the does yet, but I know I've got a couple high producers that will need that. Just cutting out cob or goat chow reduces our grain costs by half. Got your email, been doing some thinking, gonna do a post on our different kids and why i'm having a hard time figuring out who to sell. Take care, Emily

Wow Emily! Yea I haven't looked at the goat costs for us as they are/were more pets (and fiber goats for what it's worth). There's a gal in Oregon who runs a family milk cow, and beef on pasture who has some good info on growing your own root crops for winter feed, http://matronofhusbandry.wordpress.com/.
It's gotten me thinking of doing similar stuff for our critters. Also, I want to look into other feed sources (we have had our goats on goat chow and I know we are throwing out good money..)

We do watch our chicken/egg costs and hope to be able to sustainably produce broilers for close to the cost of a similar bird in the store... We'll see.

Yes, I love the Throwback at Trapper Creek Farm blog. She inspired me to start growing our own root crops for the goats. We've kept track enough of our chicken expenses to know that the layers produce enough eggs to cover their feed costs. The broilers end up costing the equivalent of organic chicken at the store, at least last I did the math, but it is so worth it. I love having roasters in the freezer, I meant to pull one out this morning for a Saturday roast chicken. Emily

We just bought two alpine kid does so all of this is of interest to us.
I am keeping a ledger of our expenses too.
Warm wishes, Tonya

So if you doubled the milk-output you could cover the feed expenses. Great. Where does the expense on the infrastructure, bedding, and labor fit in? How about tools and equipment? (hoof-cleaning, milking supplies, feeders, waterers, lights, pick-up truck for hauling hay, etc.) Do you eat meat? Or do you sell the bucklings/weathers? That's an income, too. But then you have to substract the butchering & marketing expenses. Would you mind sharing with us the adjusted numbers? Thanks!

Anonymous, figuring out the adjusted numbers and posting them is a job for winter - that is when I have more time for informative posts. We do sell or eat the wethers. I've come to believe that you can get your money's worth out of your goat herd with strict and careful management, milking twice daily for longer periods of time, selling doelings, not keeping bucks or too many younger goats. I'll try and write a new post this winter including other costs. Thanks for your interest.

I've been VERY curious as to the per goat/month cost, as we (mostly me) are wanting to get goats in the future. This is very helpful info.

Talina, we have no pasture. We have nine acres of Boreal forest and a long driveway with Willow and fireweed. I would think that when your goats are on pasture that all they might need are quality vitamins and minerals. I guess, depending on the variety of your pasture. It seems like goats do well with lots of brush and weeds. I would put goats on pasture with minerals supplemented and see how they do. What you feed them on the stand or if you feed them on the stand is totally up to you. I would see how they look and how they are producing and make decisions from there. Best wishes - and so envious; Emily 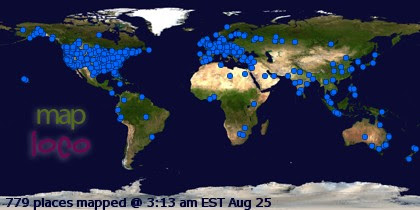