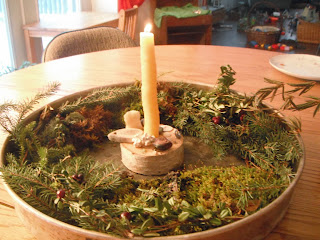 I have been wanting to begin some new holiday traditions around here, one of which is that I want to make the weeks of Advent; the four weeks leading up to Winter Solstice and Christmas, more significant for our family. Half way through the first week of Advent I still hadn't gotten a plan, as it was such a whirlwind Thanksgiving/family blur up until school on Monday. However, I finally came up with somewhat of a plan. We had made some Birch bark candle holders for the Thanksgiving table, and had some rounds leftover so instead of making an Advent wreath I thought I'd just put greenery that I gathered into a circular pan and that way I can take the candles out and wet it all down to keep it from drying out and losing greenery crumbs all over the table daily. This way I can easily remove the arrangement off the table for crafting as well. I have needed to put a ribbon around the outside to disguise the ugliness of the old rusty cake pan, but who knows if I'll get quite that far.

The first week, Noah glued stones, bones and shells to the candle holder. I drew a picture and an Advent verse on the chalkboard and that was about it. This past week Avery made a candle holder with plants and cranberries on it. We had a new chalkboard drawing and verse to go with the week. I also wanted to do special crafts each week which we are haphazard about. I wanted to do plant crafts this week, so we strained plant tinctures, vinegars and flower oils that we had started this summer. Then I made lotions for gifts last night. I had planned to have the kids roll beeswax candles next week for the week of Beasts, but we got over eager and did that this past week. We are going to wet felt wool around soap that I had made last year using all our own goat lard, milk and honey. I haven't thought as far as the fourth week, but the kids have asked that they be allowed to draw the Nativity scene. We are reading out of the Bible over the next few weeks, learning about Jesus and his teachings. We are taking a break from some of our main lessons to have extra time for crafting, baking and social events. 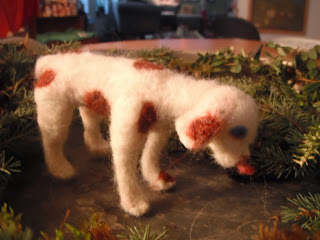 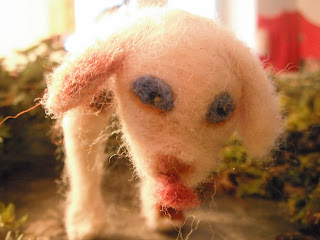 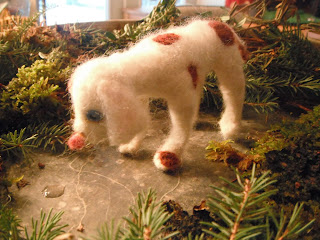 My first needle felted dog. A gift for my four year old Nephew. 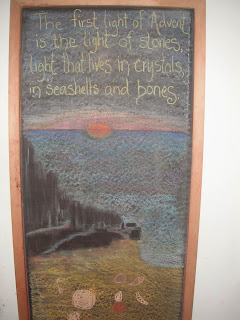 A
First week's Advent board. Not completely pleased with it, but better than nothing. 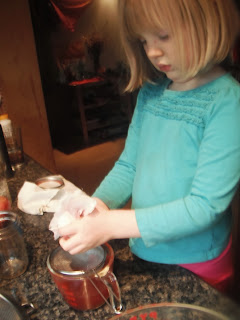 Avery squeezing her rose petal vinegar that she made this summer. Facial toner coming up. 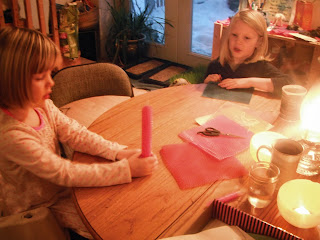 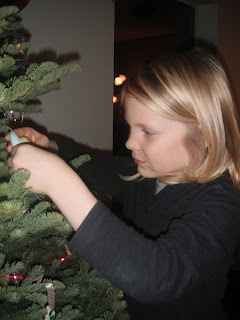 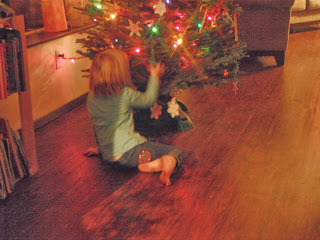 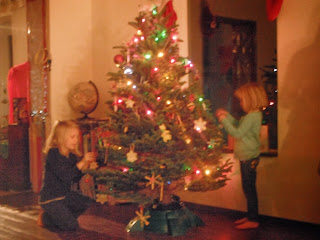 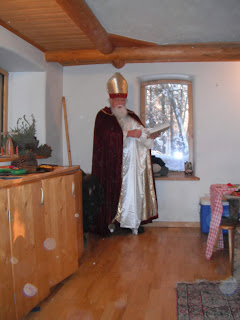 We had the priveledge of gathering with many others at a friends house on a sunny winter afternoon when they were expecting Saint Nicholas to arrive. Each child, and there were around fifty I'm guessing, was called to stand before Saint Nicholas to hear their goods and bads and receive a small bag of candy. Below is Noah standing up. It is a wonderful tradition and I'm hoping that we can be apart of it over the years to come. 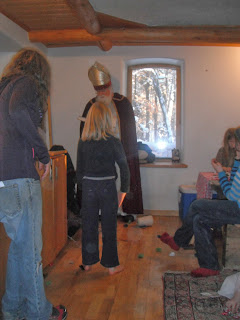 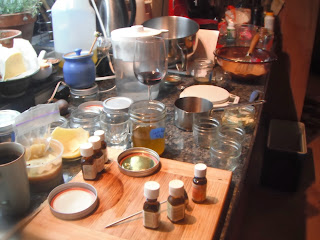 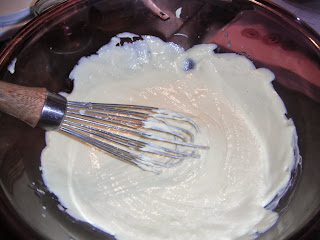 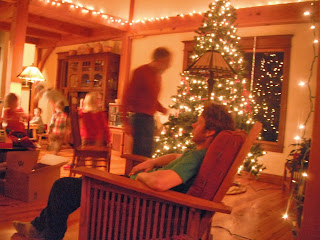 This blurred picture captures the feeling of a night with my family; everyone in motion, with an adult occassionally stealing a moment to relax in the midst of it all. 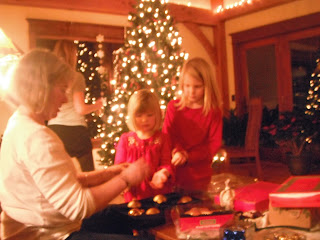 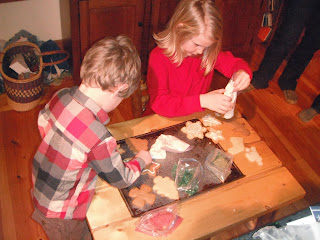 May you find momements of peace and fortitude amidst the chaos and joy of the Holidays.
Posted by Emily at 10:21 PM 4 comments: