Recess (for the goat kids) 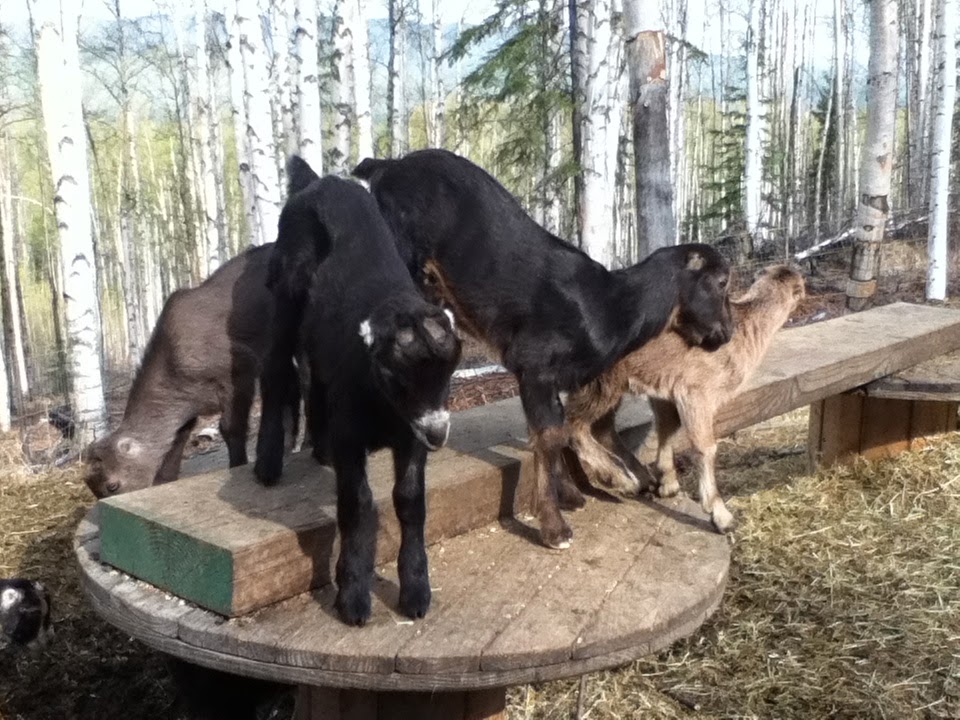 We have been having such a busy spring with all the goat kids, a new puppy, garden work and finishing the official home-school year, that we still have a couple doelings without names. But here they are. I'll bet you can tell who my favorite is, as she tends to be front and center whenever I'm in the goat pen. 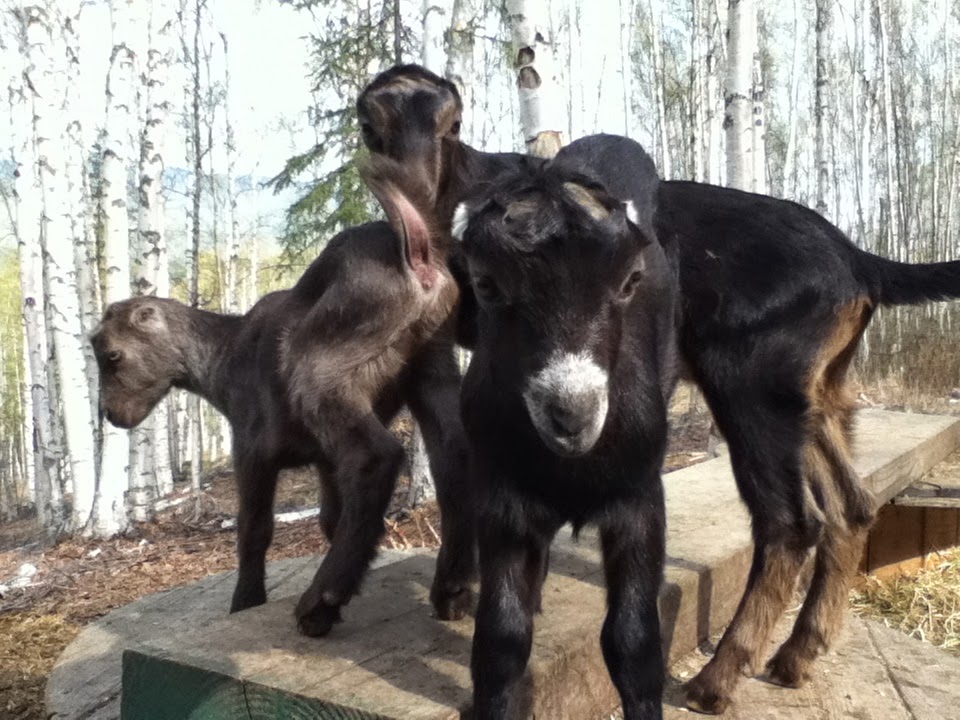 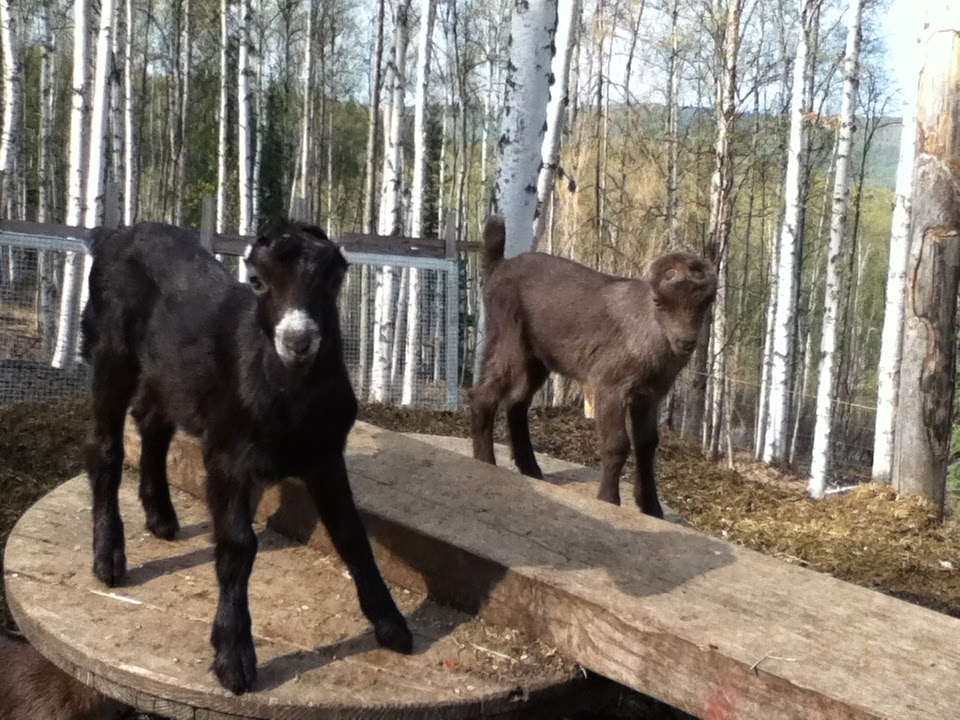 Isnt' she flashy?! That is Zuri's doeling Ember on the left. This is Zuri's third doeling and we have yet to keep one for her - and us. Zuri is my favorite milker. I love the shape and capacity of her udder, the shape of her teats and how easily milk comes out. Her conformation is decent. Her main flaw is that her back is not level and it rises in the back. Supposedly this could make for kidding difficulties. Ironically Zuri is one of my only does that has kidded without much assistance. She is a solid, sturdy doe, and doesn't put all of herself into making milk - she keeps her weight on and I like that about a doe. She has an unusual mothering instinct for a goat - she adopts strays. If another mom is not taking care of her kids well enough, Zuri will work them away from their dam and take over. She is our only doe that does not ram the other goat kids, but watches over them all. 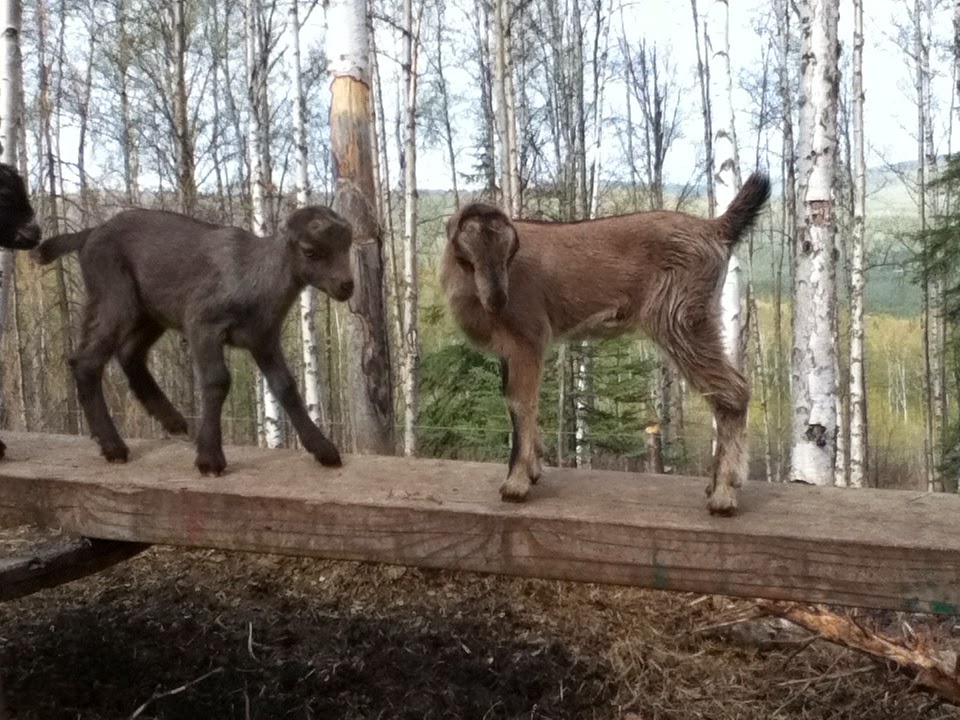 Above are two of Xanadu's three lovely doelings. I think we are going to call the Chamoisee doeling on the right Eden. I haven't come up with a solid name for either of her brown doelings. Finding E Place names out of Literature is not all that easy. We are tossing around Elysian and calling her Elise. 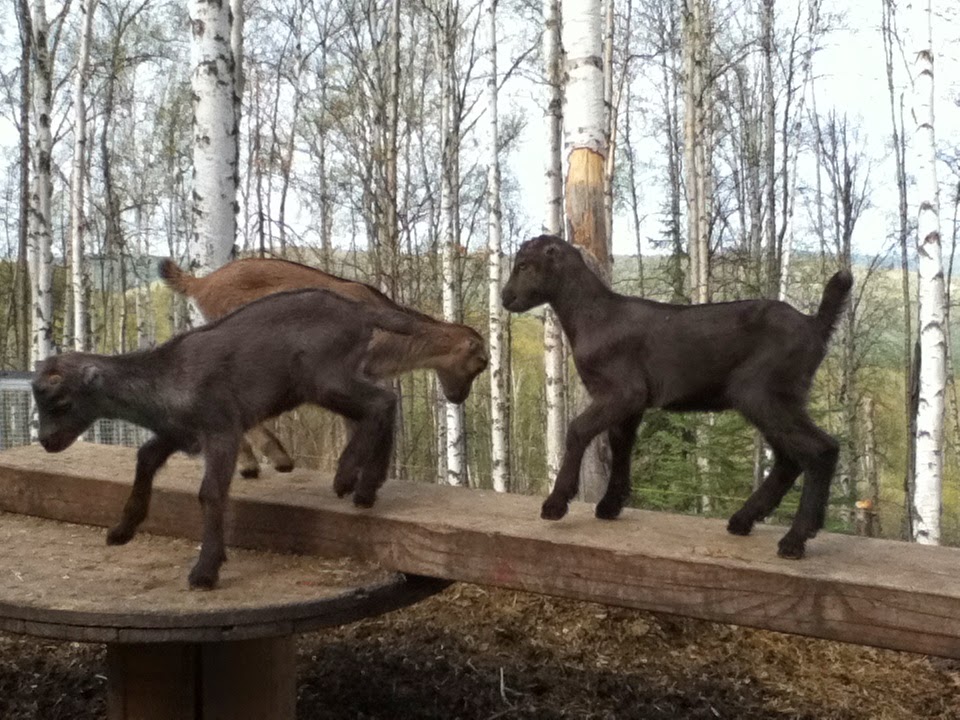 For triplets they are remarkably similar in size and conformation. The light brown one on the left was first, then the Chamoisee and then the darker brown on the right. I usually think the first kid is the bigger and better conformation but studying these three I just barely detect that she is maybe a bit longer. I want the dark brown doeling to be just as nice as she is the most friendly and curious. 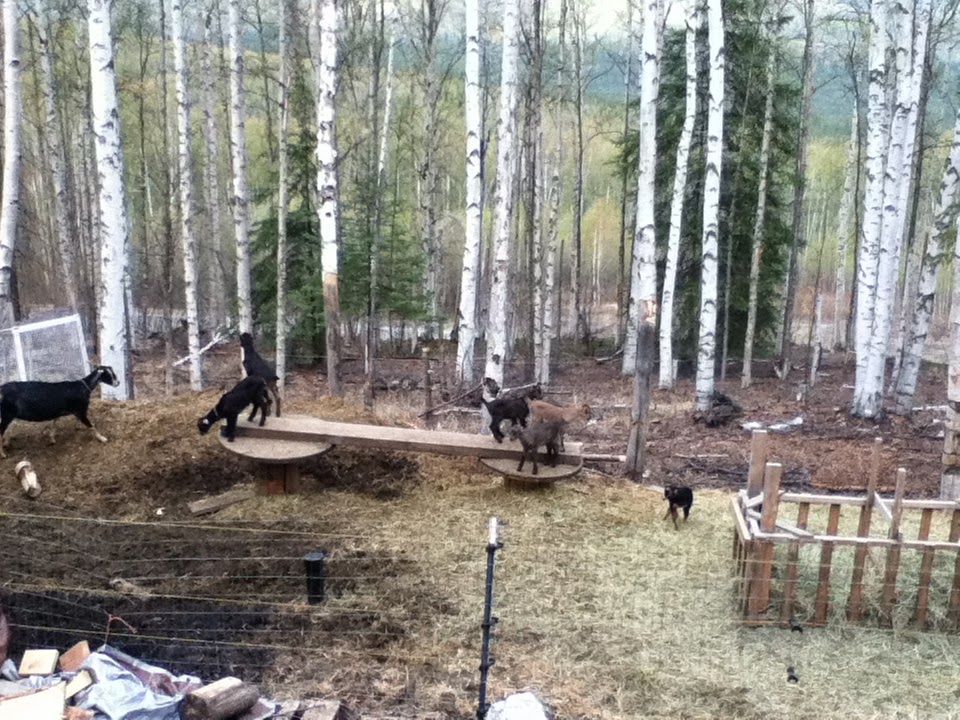 Right now my goat plans for the year are to keep the three bucklings intact. Use them for breeding this fall and butcher them before winter gets too fierce. I am going to try to sell four doelings mid summer. I am also going to sell one or two milkers. Which would leave me with three to four milkers and two doelings going into winter. I guess six seems to be the number I can't get bellow. I just can't resist bonding and keeping doelings each year. I think the buck we used was pretty great. His dam was a very nice doe from Lucky Star Farms in Washington that a friend of mine brought up. She was wide, level and had a great udder and was a high producer. Unfortunately she and her daughter were attacked and killed by dogs this winter. She is the grand dam to Xanadu, Zuri and Dahlia's kids.

I attempted to take a video of the kids a while back. If you can get past the bad filming, it is fun to watch them.