Today the kids and I breakfasted on millet porridge, put on our layers and headed a few miles down our hill to watch the Iditarod begin. The official start was about a mile up river where thousands of people were expected. A girlfriend of mine had the idea to head down to meet up at a nearby boat launch that the mushers would have to travel on their way out of town. We knew that we wouldn't be the only one's with this great idea, but we had no idea that our local newspaper would actually advertise that location as a spot for people to drive to and watch. Needless to say it was a little crazy with a fresh foot of snow, a tight parking lot with people getting parked in and stuck etc. Everyone trekked down onto the frozen river and spread out along both sides of the trail. Parents carried their small children in packs and on sleds. There were warming fires, camp chairs and kids playing in the snow everywhere. 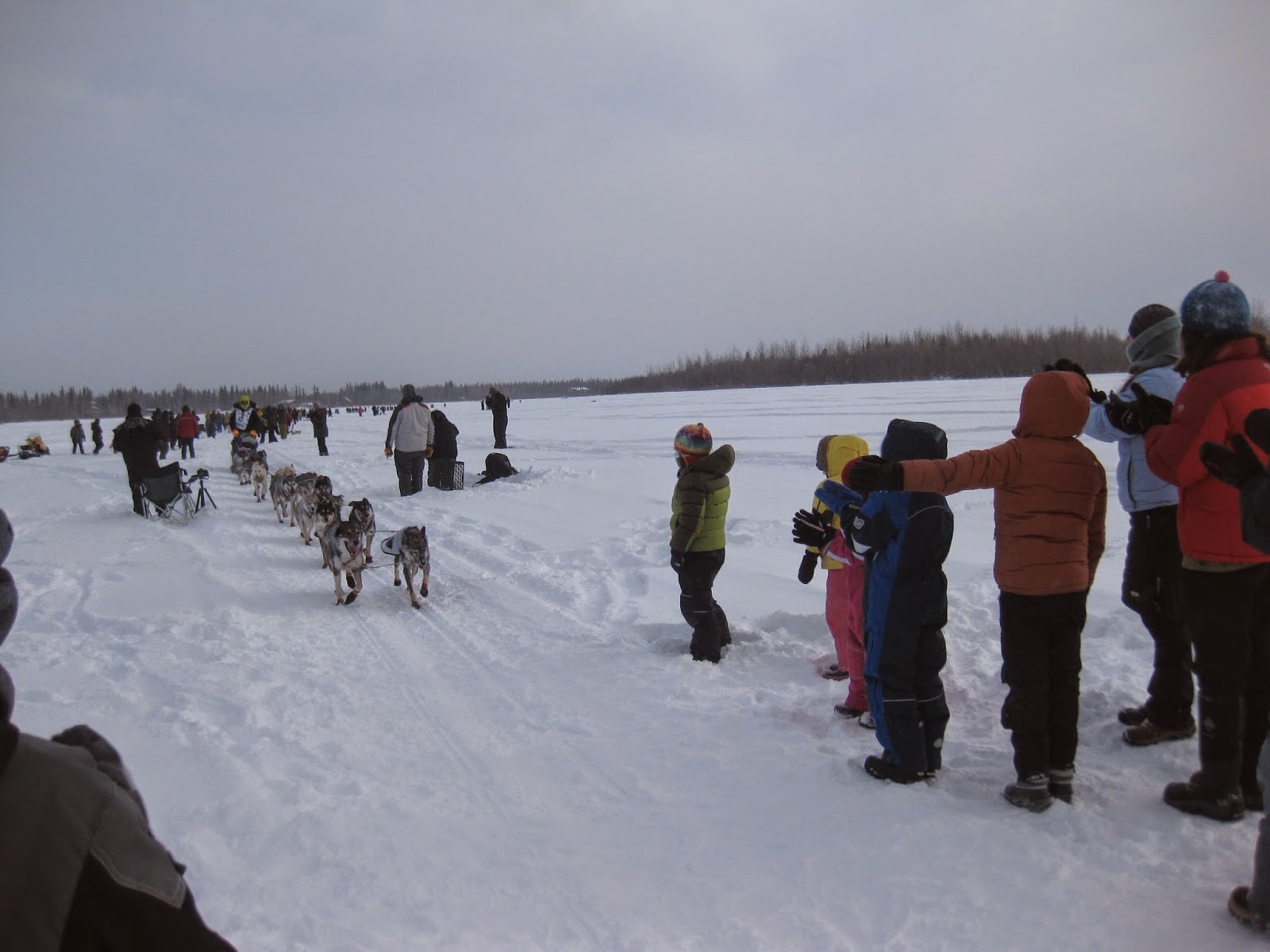 I almost didn't get any pictures as my camera was in an outside pocket of my parka and got too cold. I was able to tuck it into my shirt and after a while it worked again. It was about zero out, not super cold, but colder than we've had in a few weeks. Avery is in the pink snow suit. One of her best friends is beside her. Noah is in the dark blue snow suit. 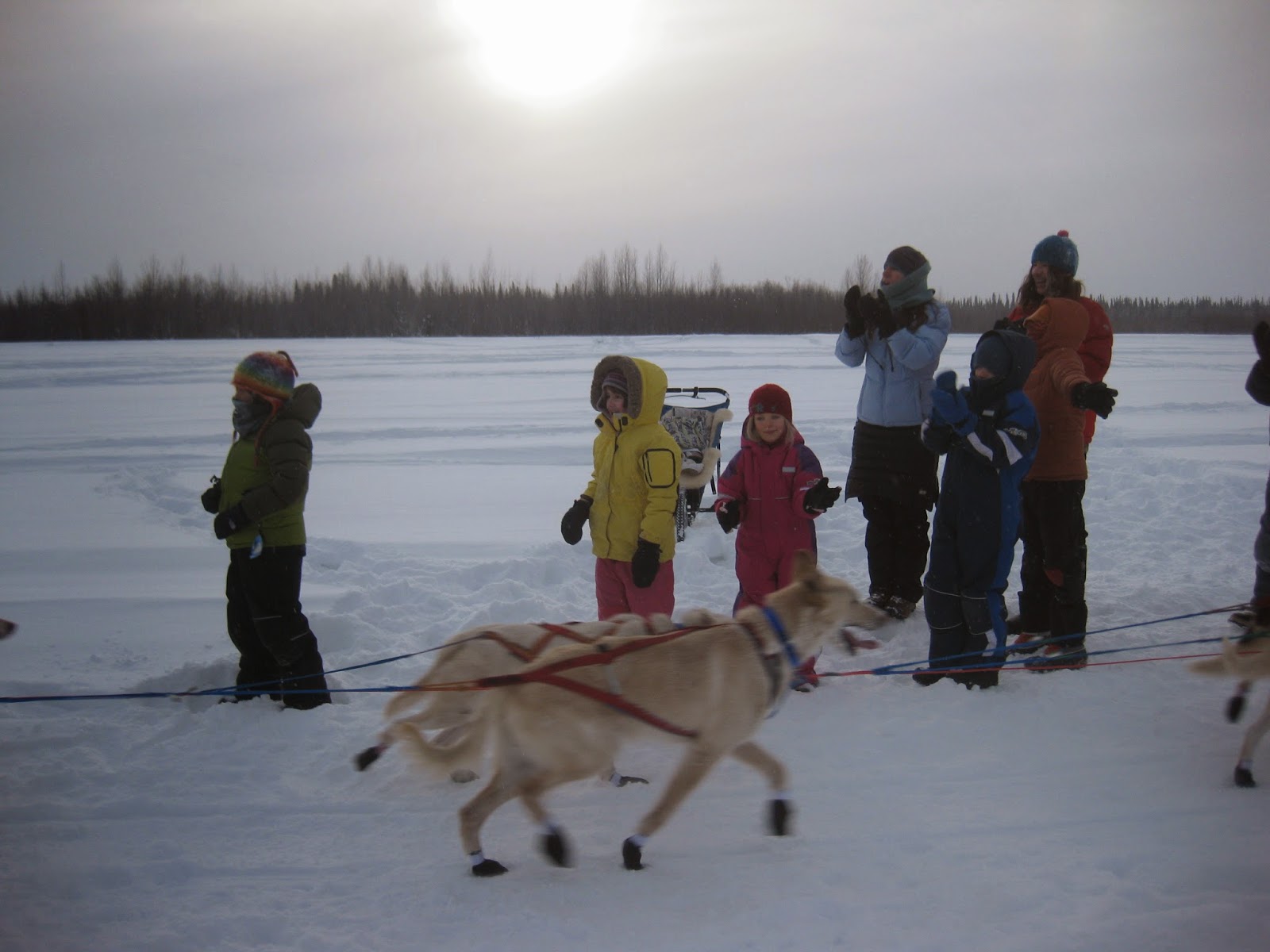 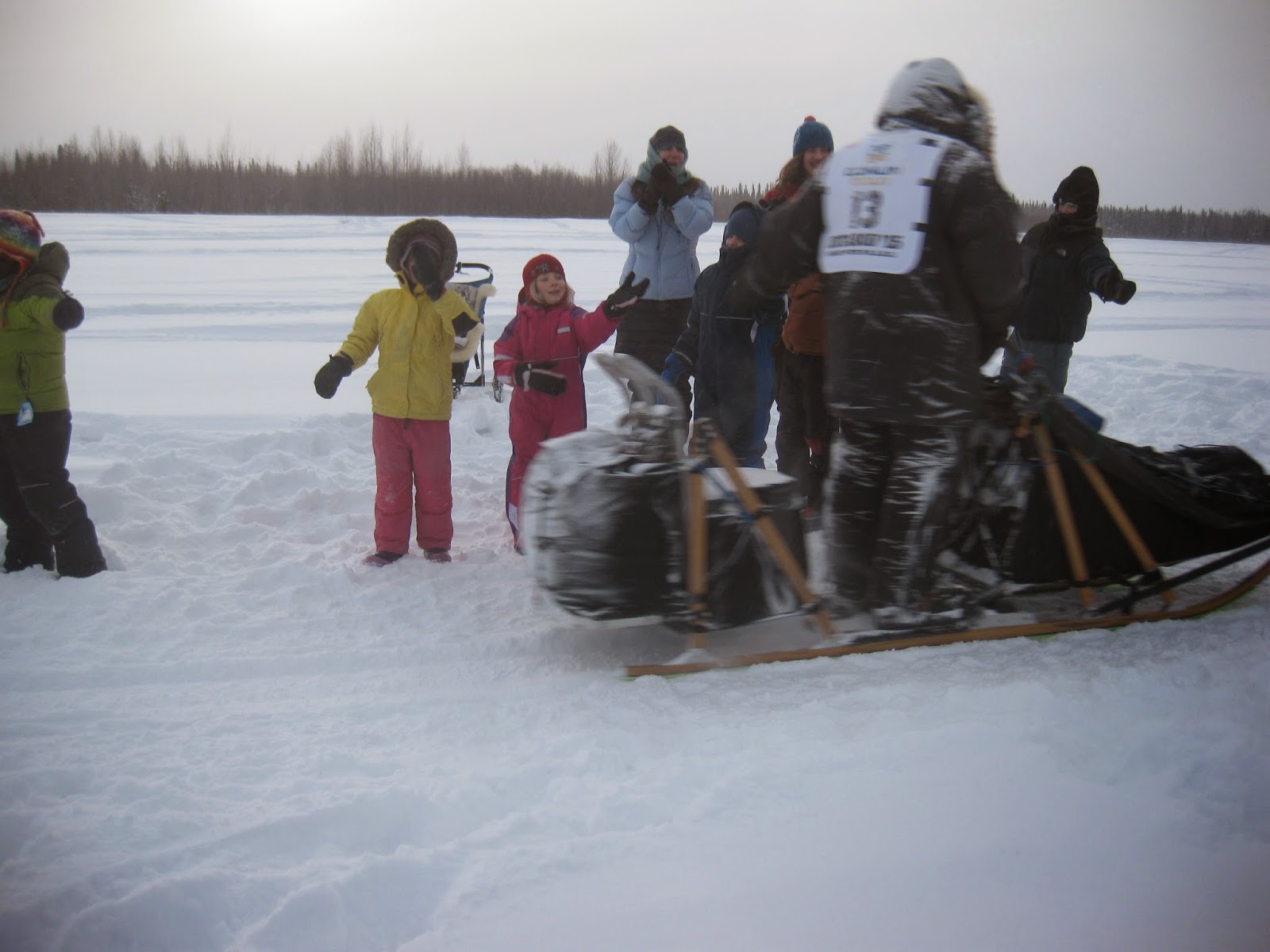 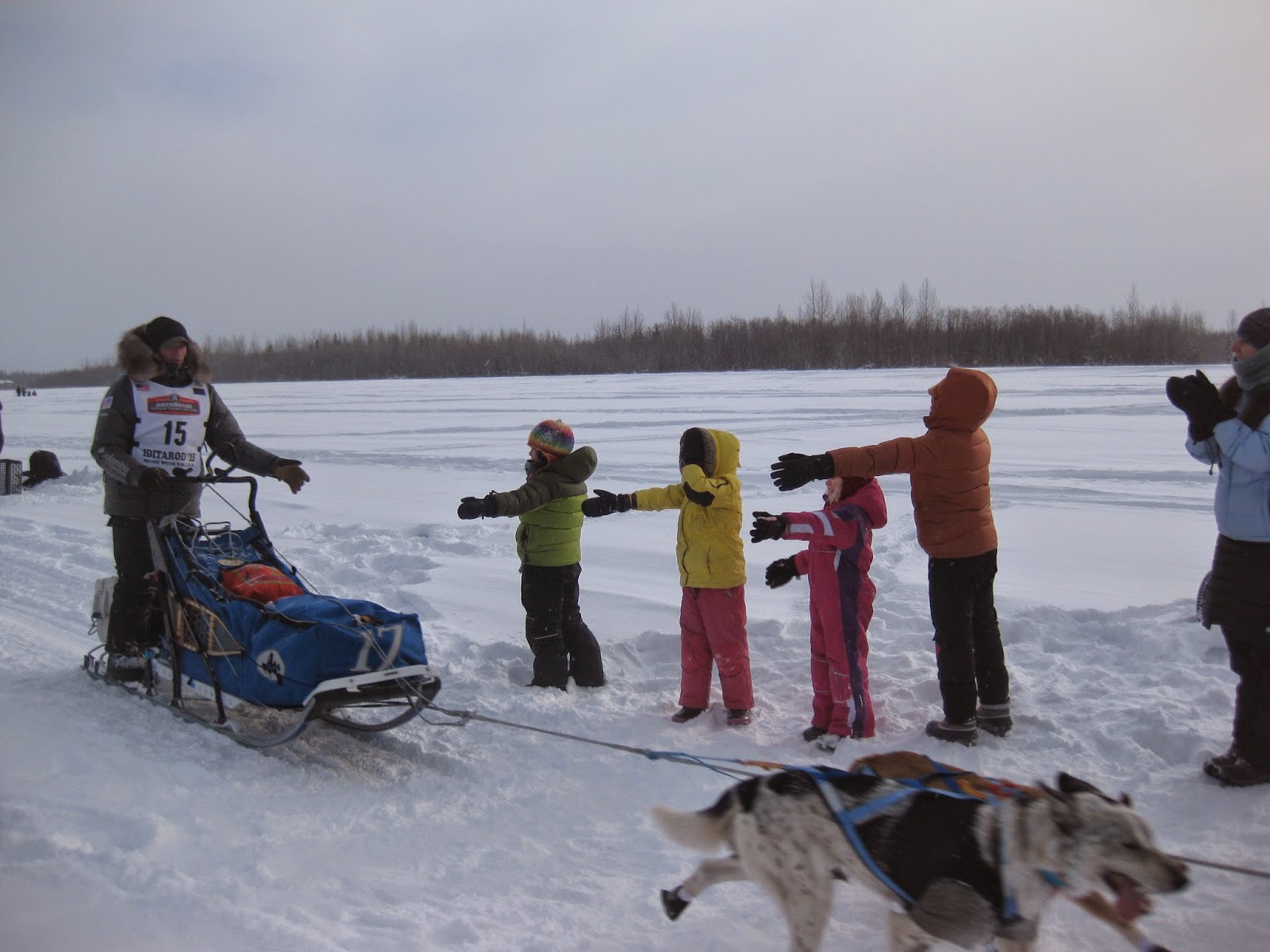 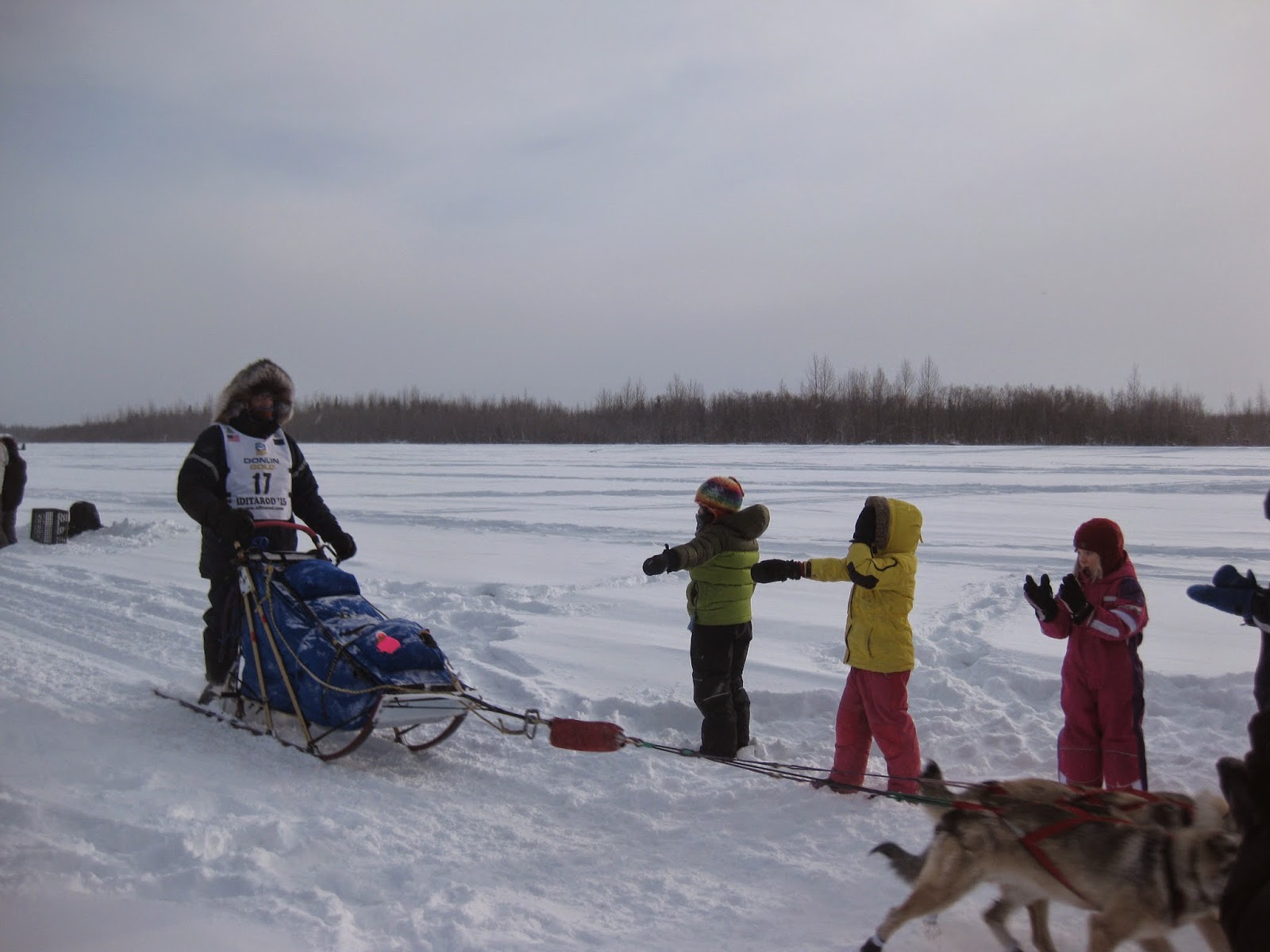 We had one dog team that went of the trail a few feet in front of us and then the dogs half way down the line were coming around us from the trail side, with a few of us adults and a couple kids completely caught in the middle. It was looking like there was about to be a major catastrophe when we were able to move the right way and get out of the tangle and the team was able to veer back onto the trail and keep going. We were all relieved and thankful and were a little more cautious after that. As you can imagine, it was a special day for us. I almost didn't go as I just had other things on my mind. Thankfully my girlfriend called last night and asked if we were going and I realized we couldn't miss the opportunity.

The kids and are just finishing up a four week block on studying the various Alaska Native cultures. We spent a week looking at the different Athabascan groups and how they varied. We built a traditional subterranean dwelling. Then we studied the Yup'ik and Inupiaq, followed by the Tlingit and Haida and this week we are going to look at the Aleuts and Sugpiaq. We read several picture books which is mostly what Avery worked with. I also read The Way of Our People and Two Old Women to both kids and Noah wrote his first two book reviews. Last week each of the kids made their own topographical maps of Alaska, mostly looking at the main mountain ranges as well as the three biggest rivers. We ended up reading a couple picture books about lead Iditarod dogs, which was just a coincidence that the timing turned out so well. If you are looking for a good Iditarod story book for your kids, our favorite so far is Akiak; a wonderful story about a lead dog who is injured but ends up running the race on her own to catch up with her team just before the finish line.


Last week we went to A Midsummer's Night Dream, put on by our Shakespeare theater. The main reason I couldn't resist taking the kids was because I'd heard that the play incorporated Athabascan, Tlingit and Yup'ik culture and language into the play. I thought it would be a special way to wrap up our Alaska Native Studies block, but then we had the race today and that fit in so perfectly.  Here are some more pictures of our last couple weeks. 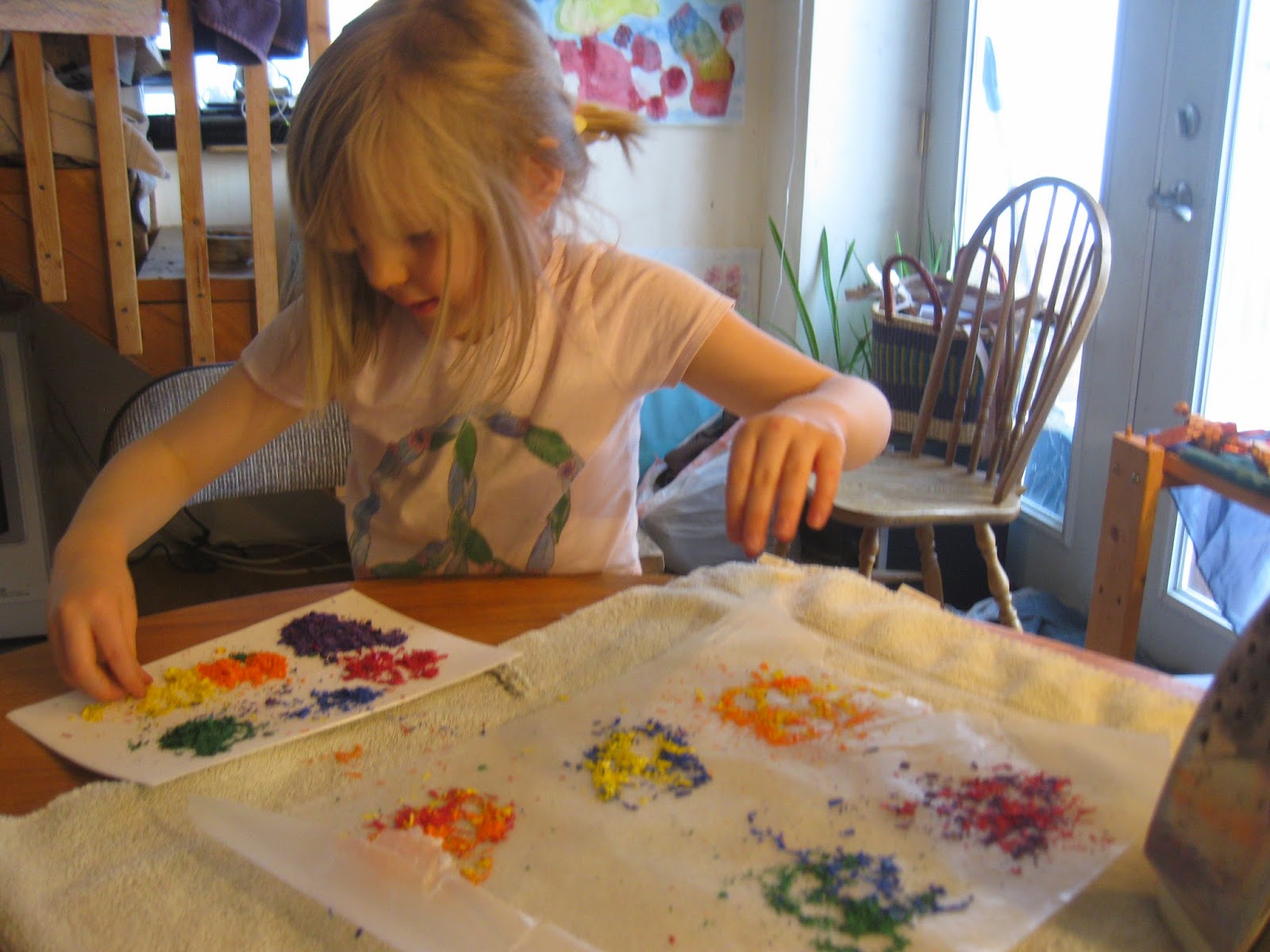 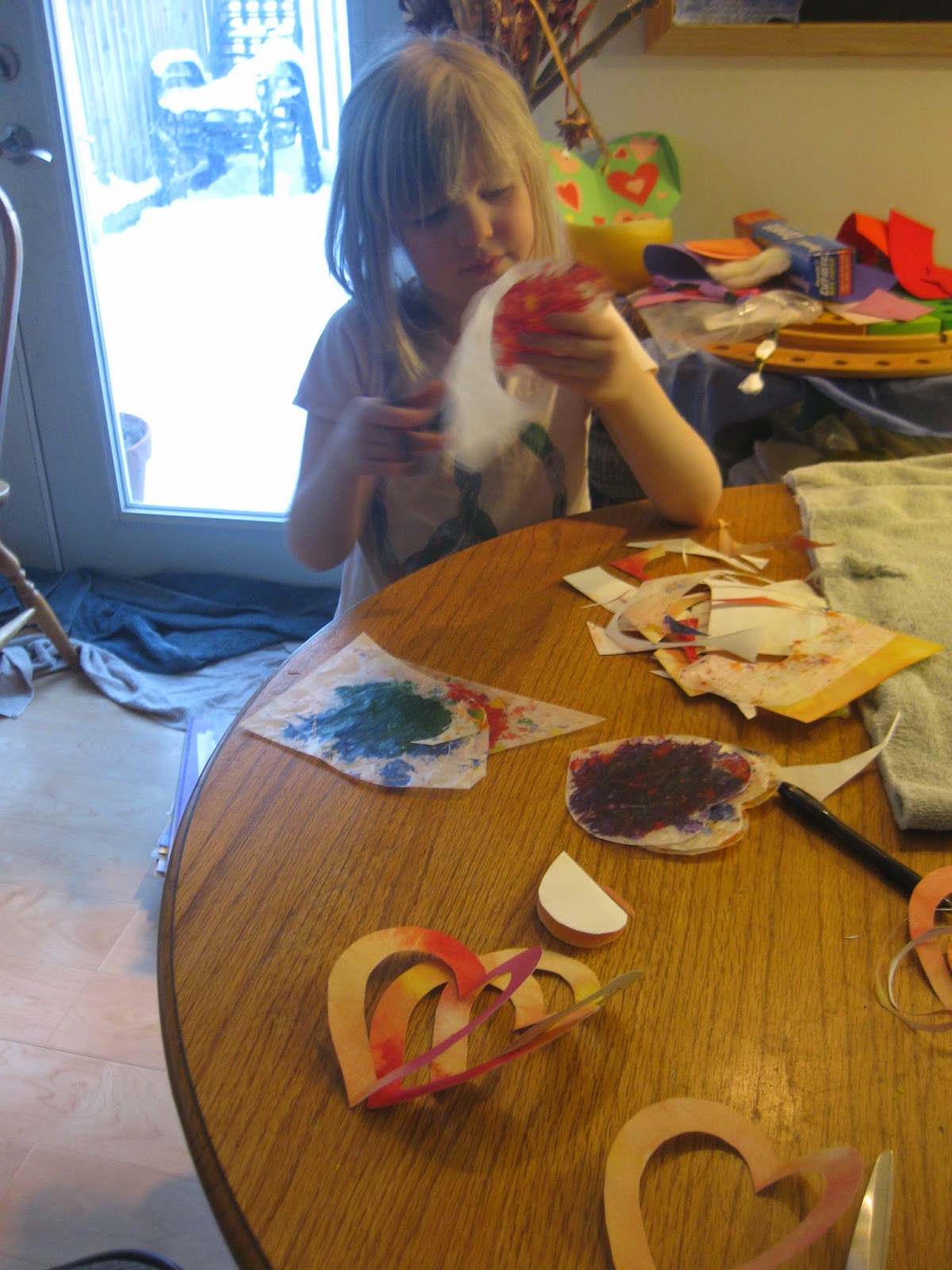 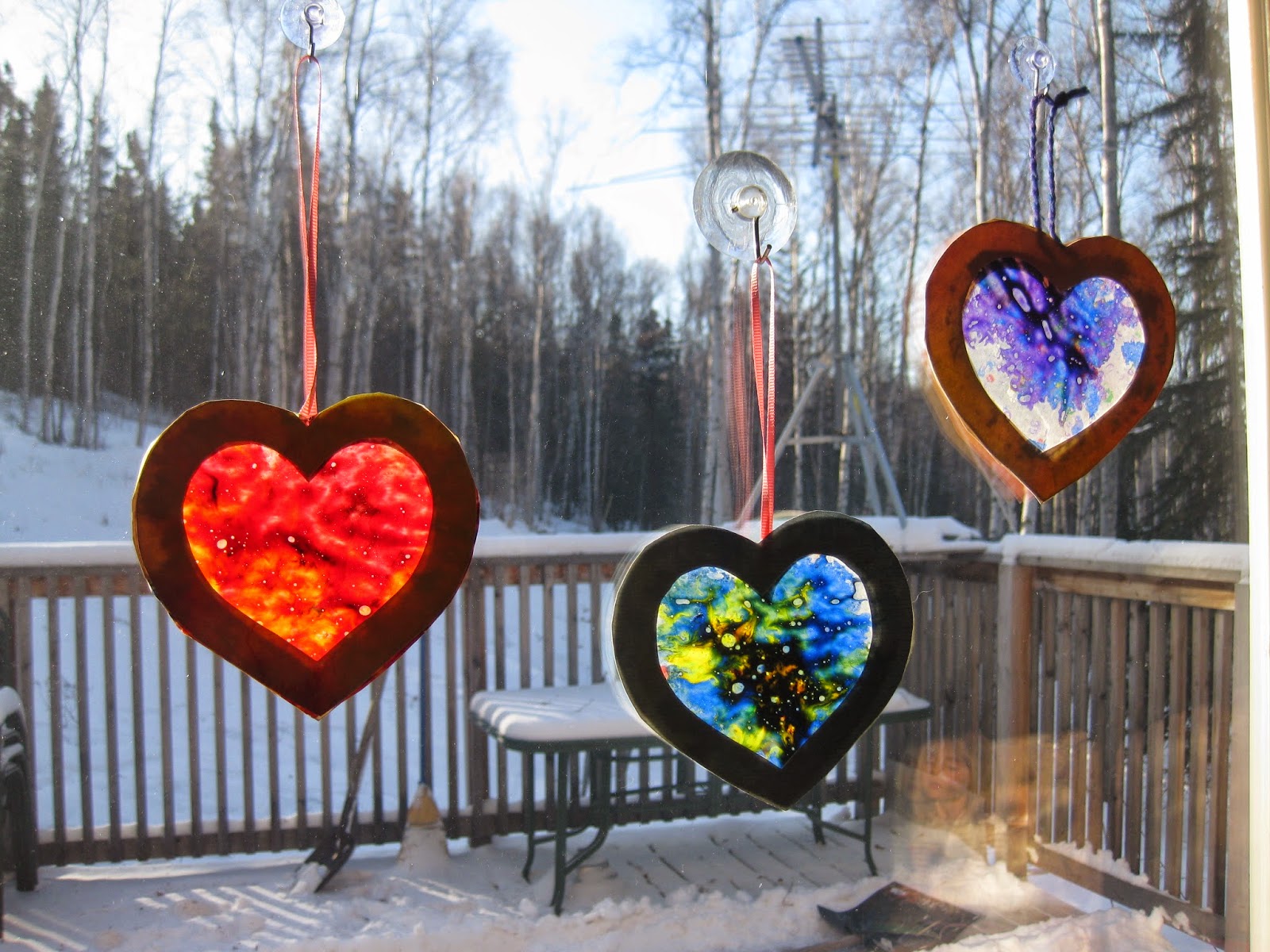 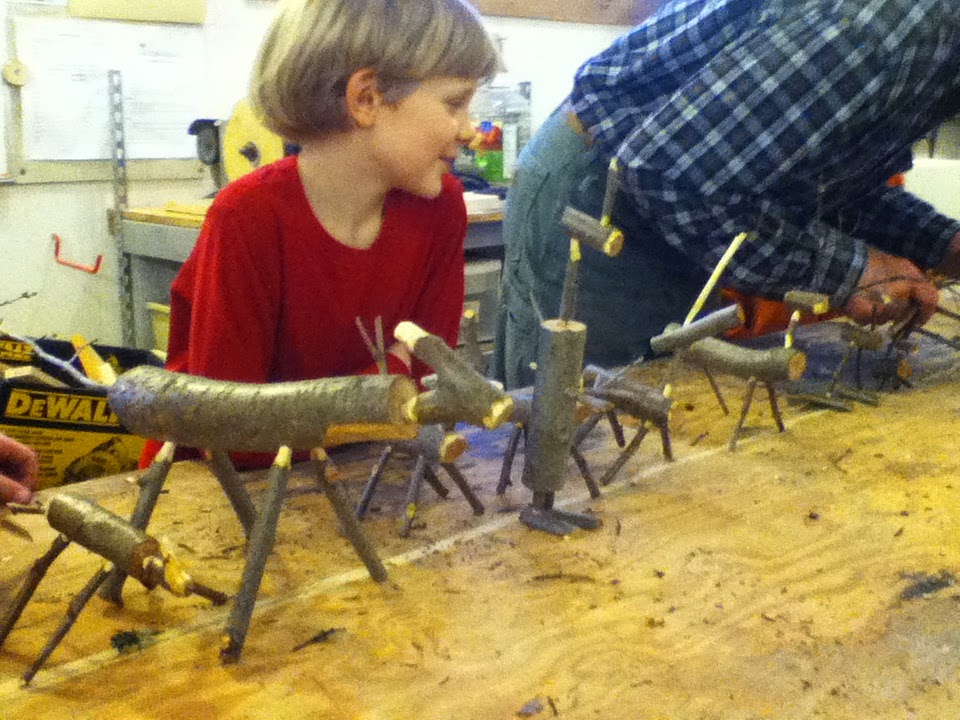 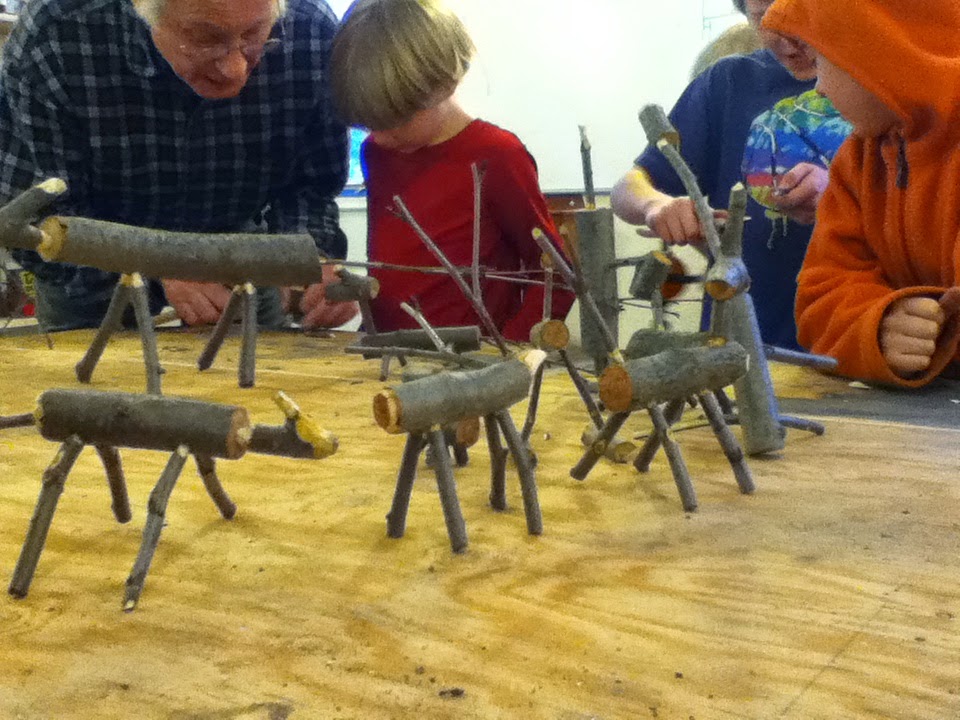 Noah is taking an ongoing wood working class for 8-10 year olds. Several of his friends are in it and they are having a really good time. On this day they made wood animal space creatures. 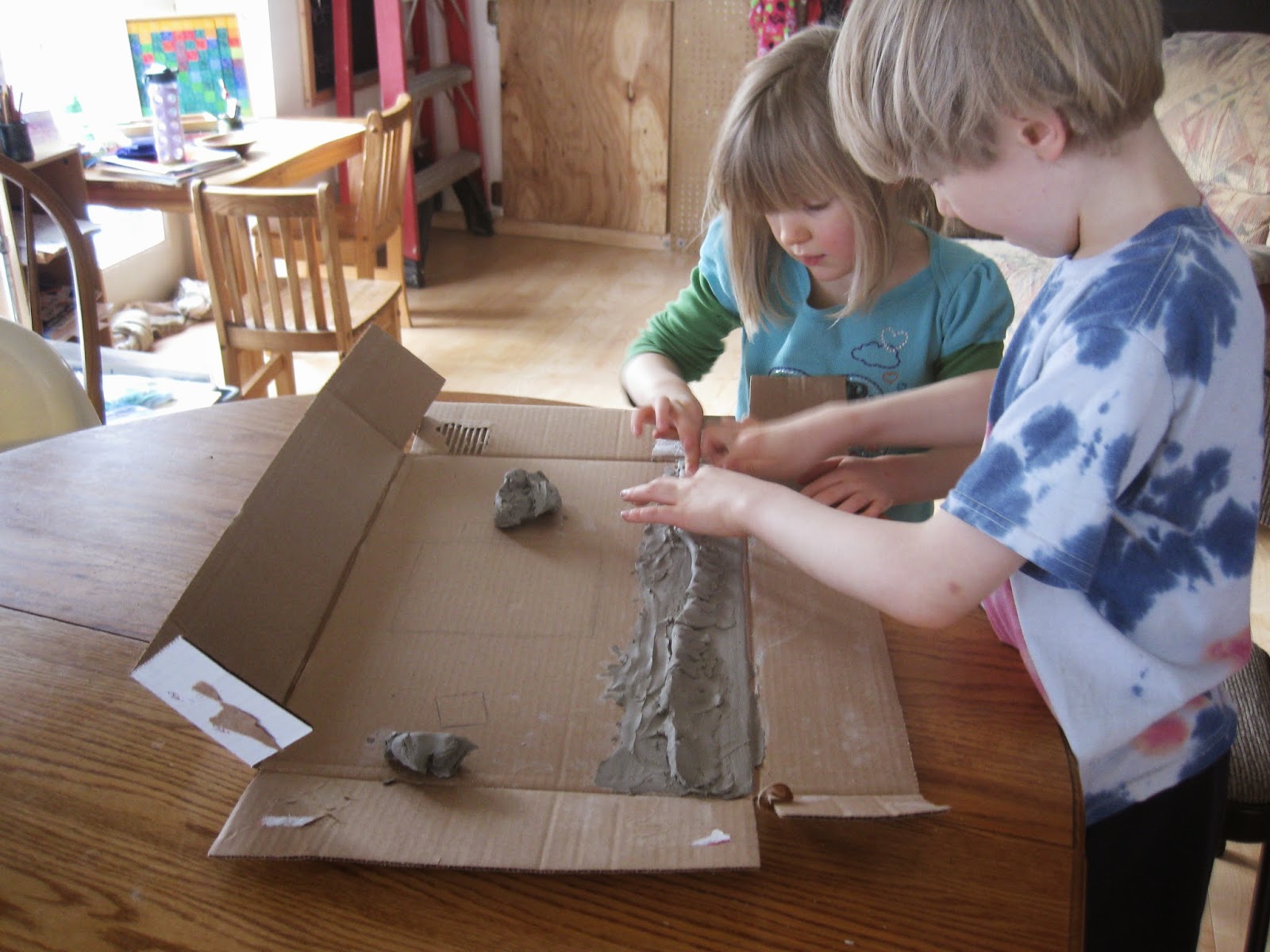 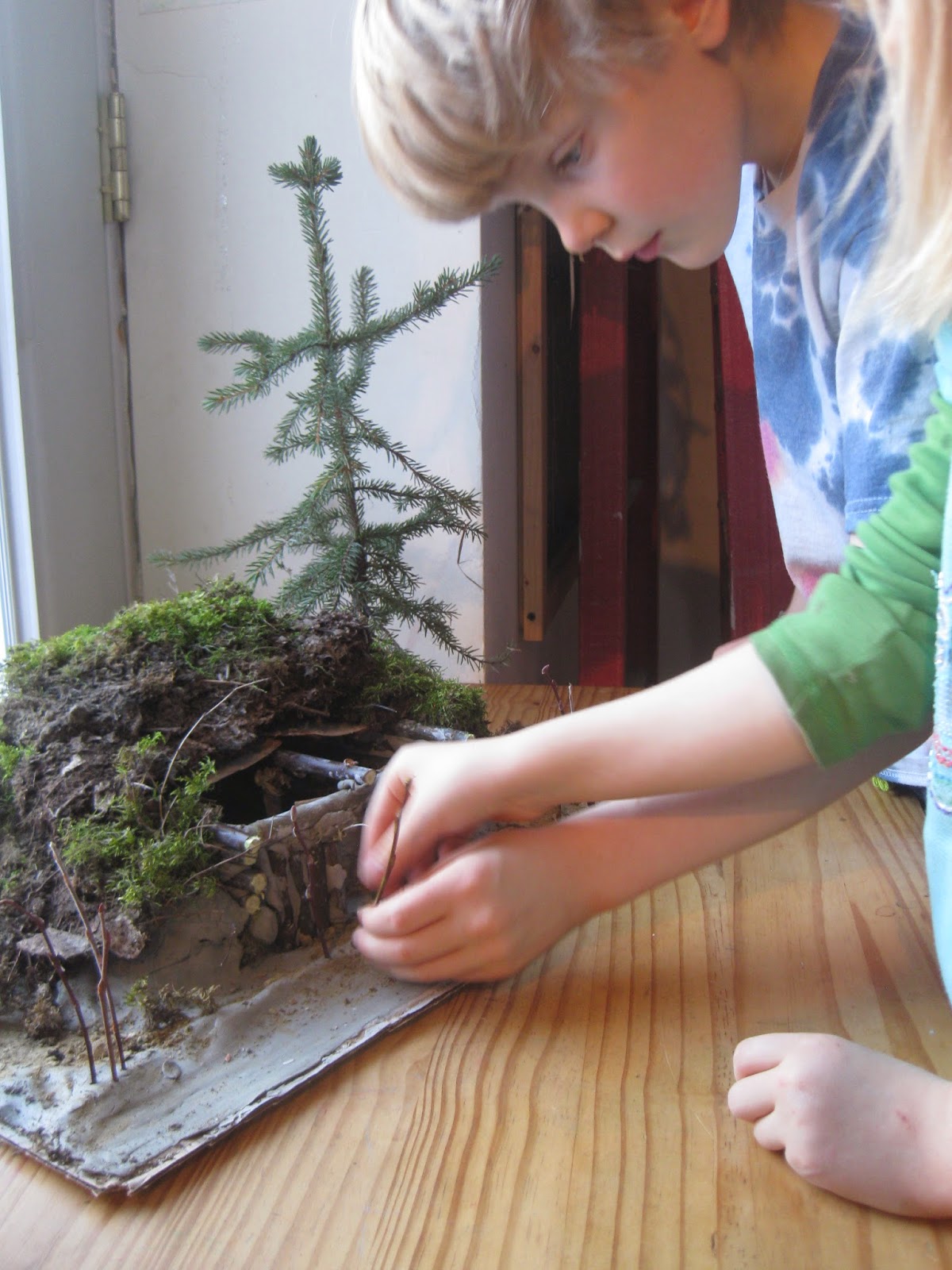 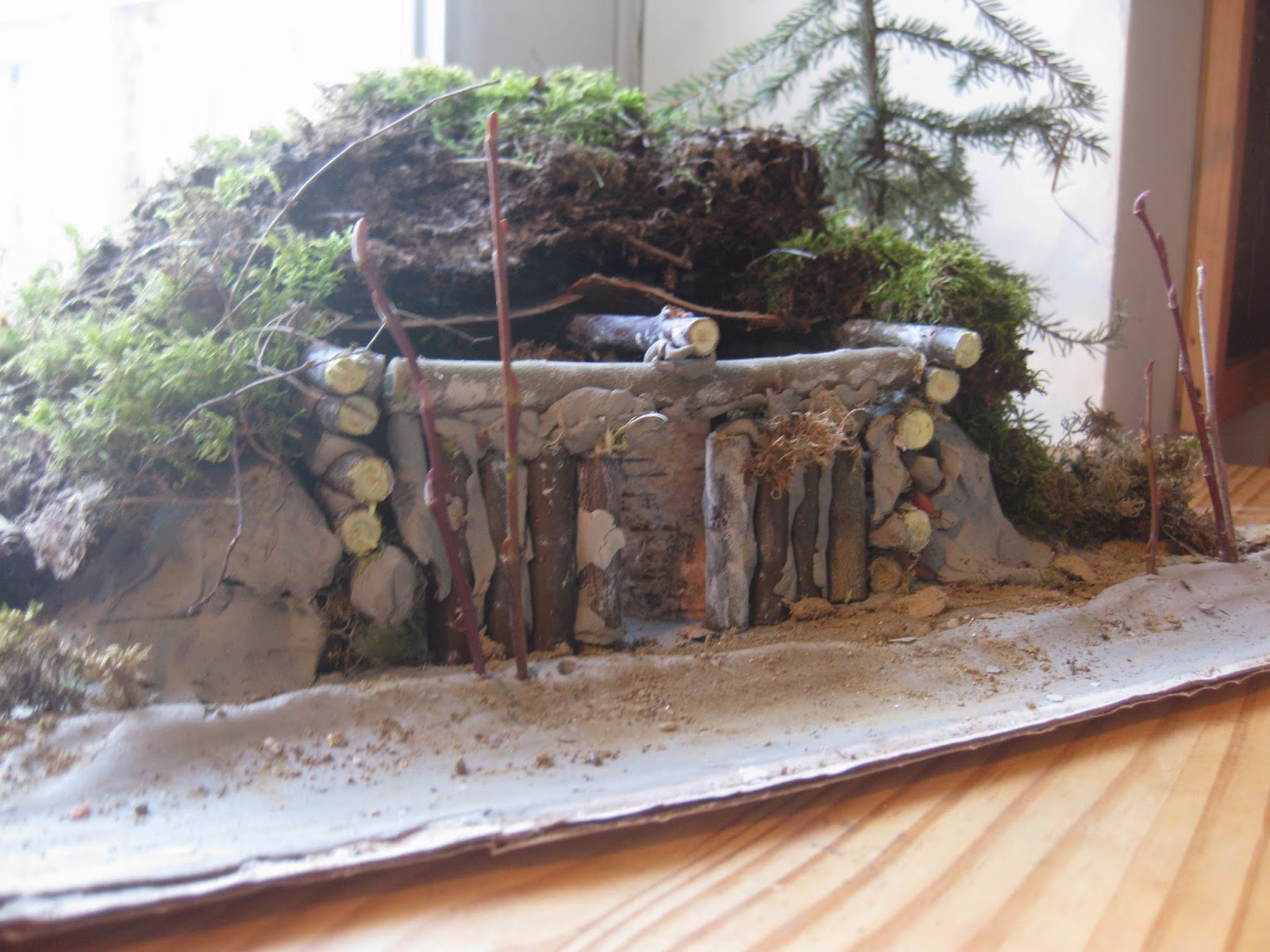 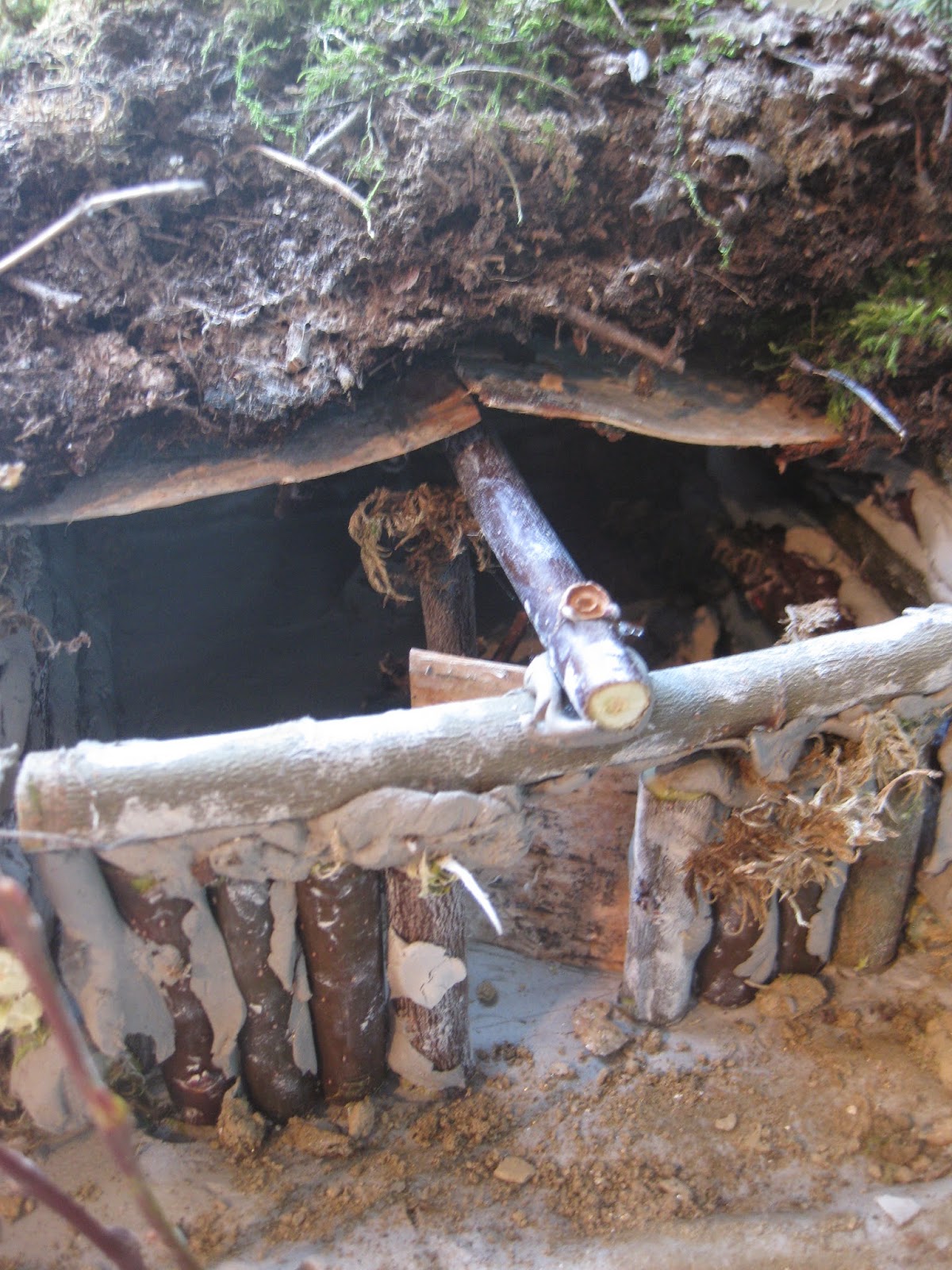 We learned that the Athabascans in this part of the state lived in subterranean dwellings built into the river bank. They used them for their winter as well as their summer dwellings. Although they also used tipi's for temporary hunting structures. They usually had raised caches as well as caches dug into the ground next to their dwellings. I wanted to make the caches as well, but didn't get that far. 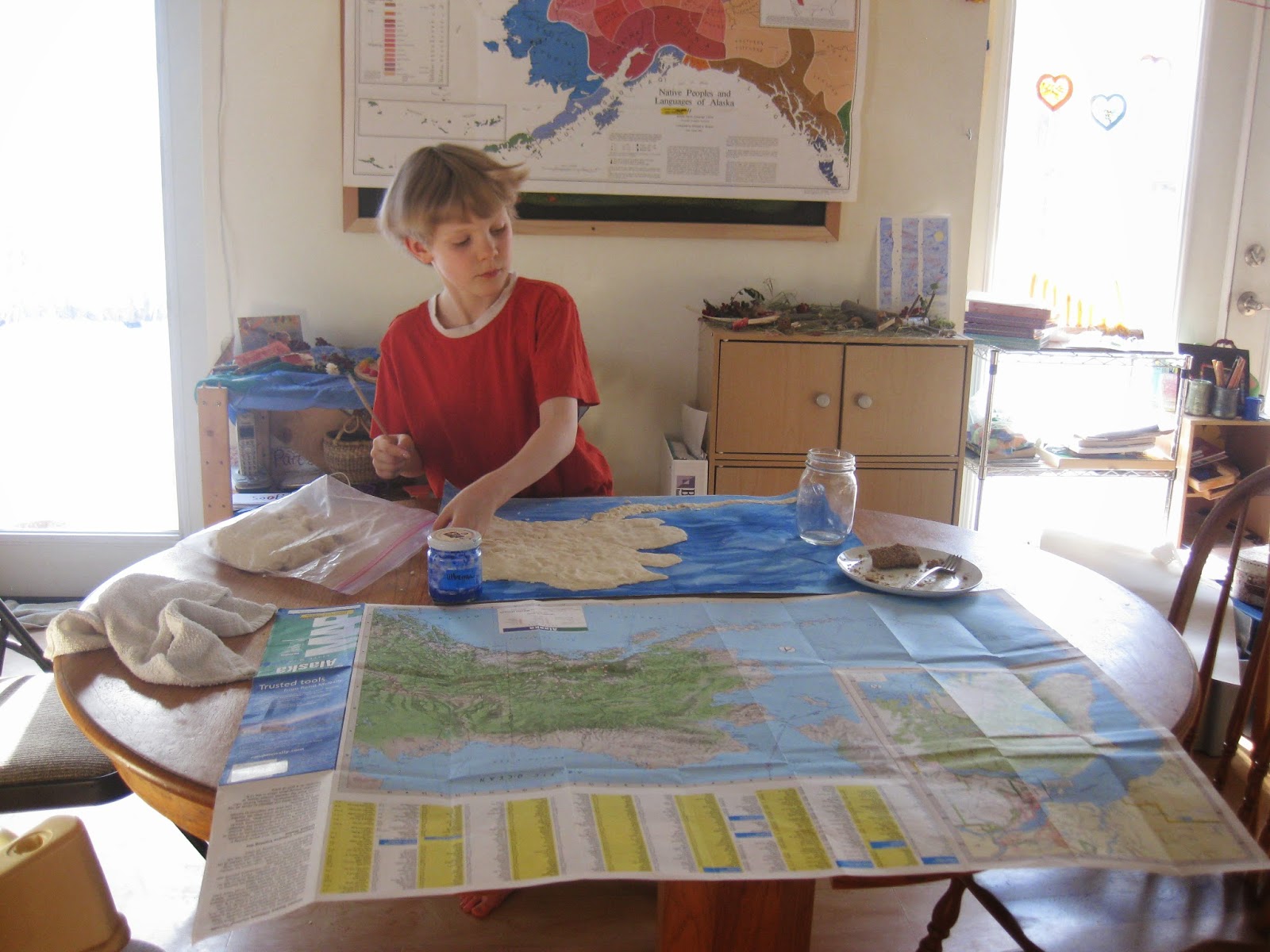 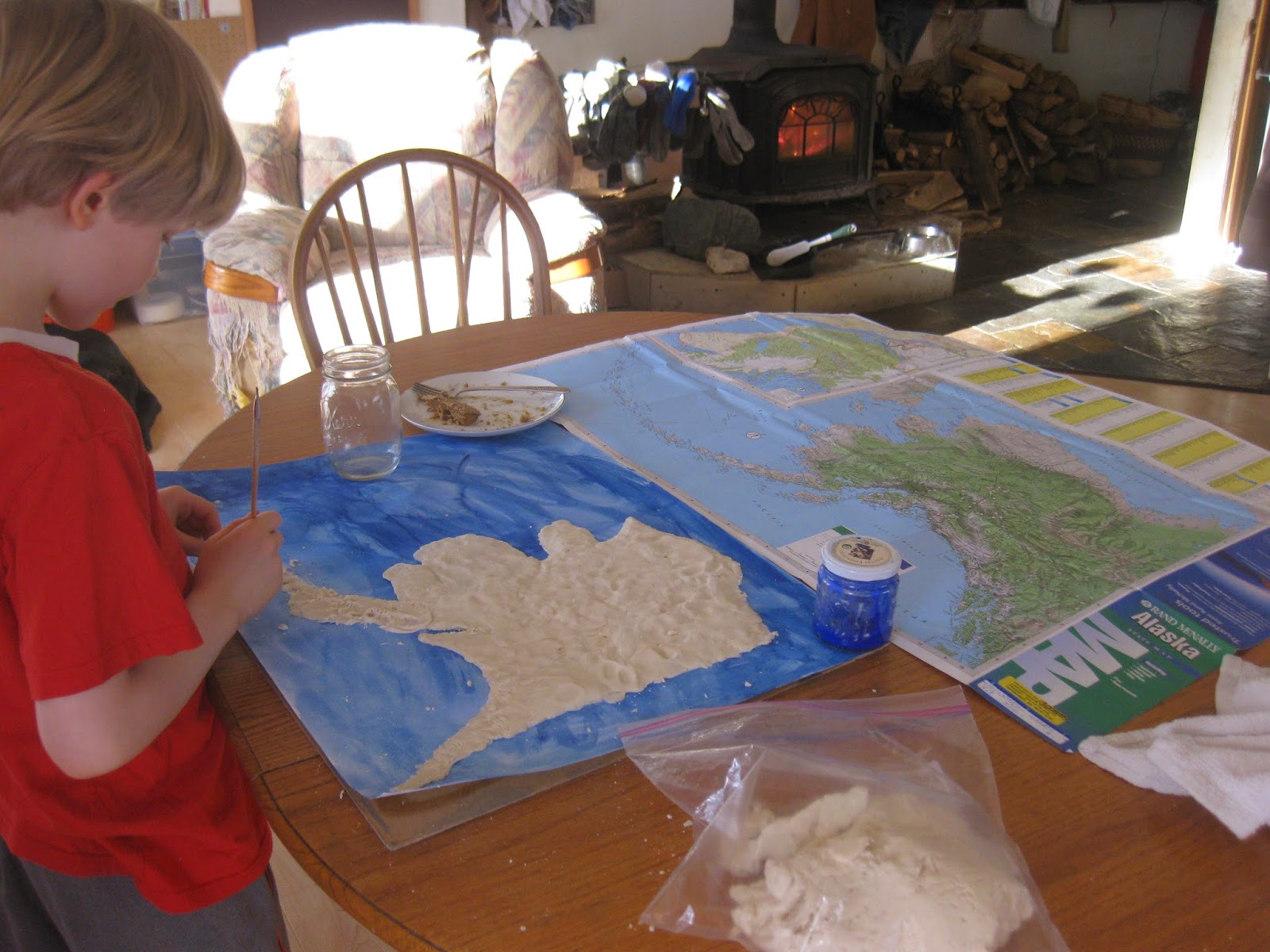 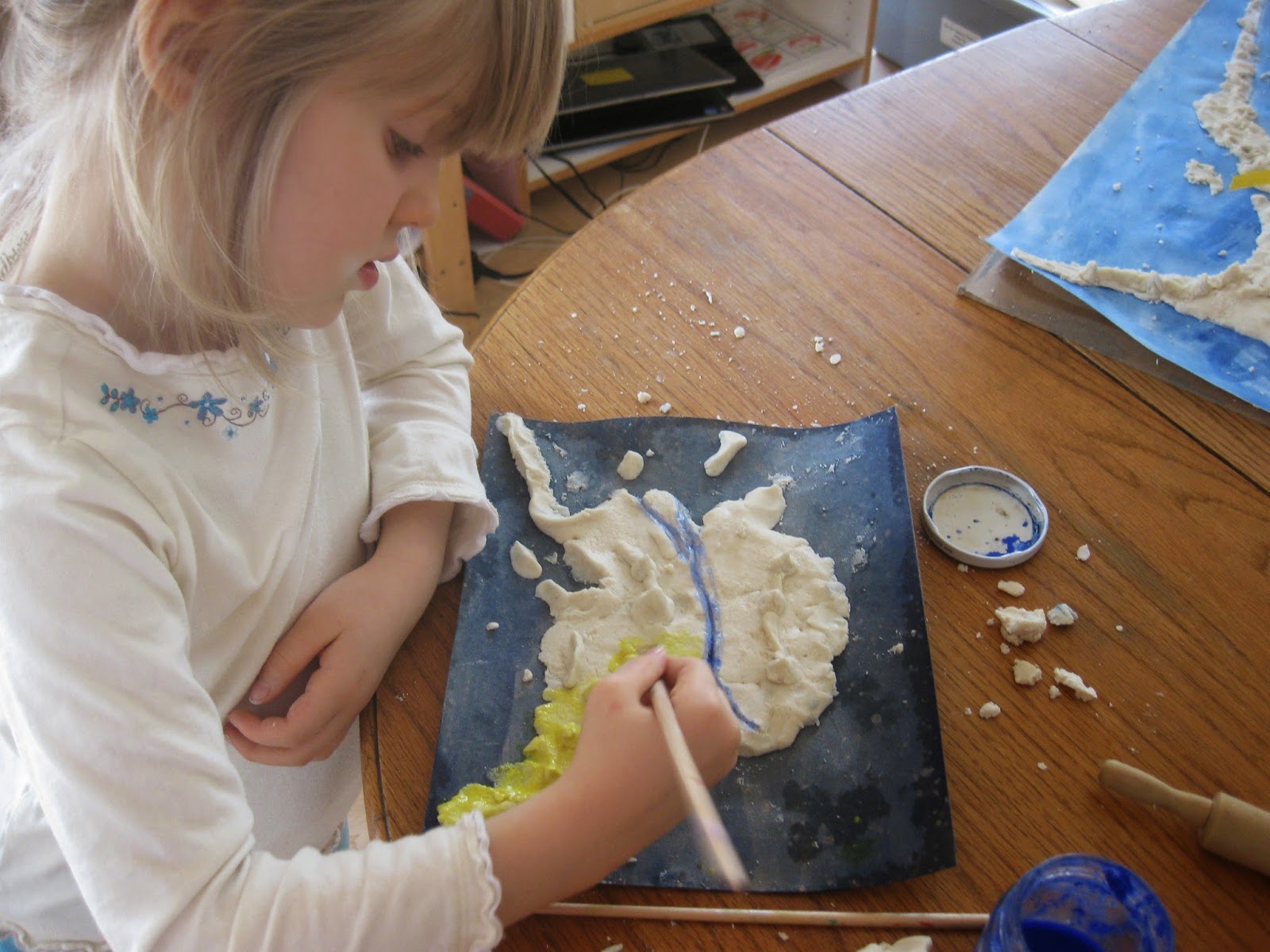 And that was a very fulfilling and busy few weeks of school.