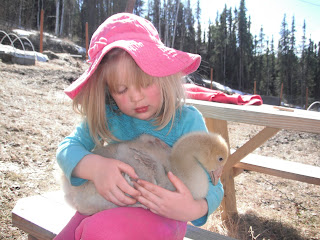 Well, I know I'm overdue for a post, but I wasn't planning on posting tonight, but I saw your comment Ginger, so this is for you :)

As those you who are local know, we've had the craziest spring ever - with winter weather and snow up until a couple weeks ago and then we've had seventies and eighties all this past week - just craziness. So, I'm getting the garden in later than ever. I spent all last week hauling wheelbarrows of compost up a soggy muddy driveway and up into the garden. One afternoon I managed to slip in the mud and the wheelbarrow full of compost I was pushing up hill fell back onto me, bruising my arm and neck- badly enough that I had a pretty stiff and swollen neck for a couple days. Then, the following day I was checking on the bees, wearing a tank top and skirt and I got stung by an angry guard bee on my already bruised and swollen neck. Needless to say, I didn't drive any where for a couple days, and I'm now suiting up.

As you can imagine, I've been in much of a panic where the garden is concerned. Thankfully my mother-in-law came up for a few days and has been spending her day with the kids and I've been able to plant from morning till night. As of today I was down to flowers, medicinal herbs and perennial re-arranging. However, we are putting in a new garden this year in the old buck pen that we have been clearing out. Some friends dropped off a tiller tonight and D is going to till about a thirty by thirty patch of ground that has had ducks, chickens, geese and bucks on it for the last five years- so we are talking fertile ground. I was going to put heavy feeders here, but then decided to put my heat lovers in the top garden. I'll be planting brassicas, beets, carrots and potatoes in the new garden.

In Goat news, Xanadu kidded. I don't have the heart to go into the details - but her first kid was upside down with it's neck back and I ended up calling the vet (crying) for the first time since my first kidding season. (Yep - I have the worst kidding luck ever.) We lost the first doeling - two for two this year - I've been feeling pretty down about that. On the upside, the second doeling was in the correct position and is healthy, strong, beautiful and sweet. Giving us two doelings this kidding season. 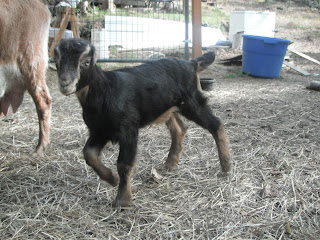 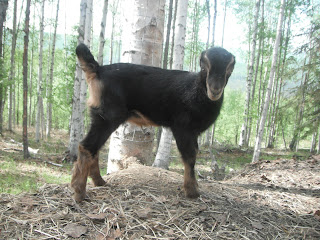 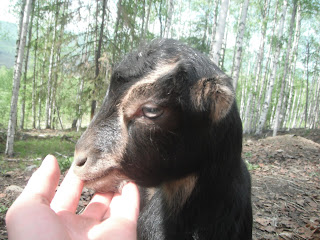 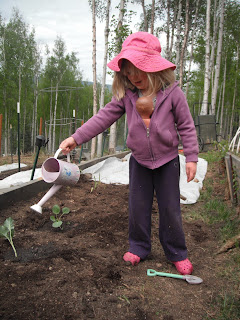 Avery and I planted her garden yesterday. She planted three corn plants, three sunflowers (two of which are red), six snapdragons, three cherry brandy rudbeckia, one cabbage, one broccoli and three strawberries. We have yet to plant some red zinnias, which I started from seed but the aphids got - so now I need to buy some - cause I promised my girl red zinnias.

We currently have fourteen Cornish Cross in the house - and as you might be asking why not fifteeen, as D told the lady at the feed store, "my wife said fifteen was too many." There are also eight Welsummers keeping them company - all of which are ready to head outside. There are twenty some laying chicks in a protected outdoor pen. Daisy and Dilly are in a chicken tractor, but they are fast outgrowing it - so D is making me a special Goose tractor - which I'll share with you when it is finished. So far these are the most personable geese we've had. They follow us all around the property. For a while I was able to crouch down an call them within arm reach, but now they've learned that I'm going to pick them up and put them away - so they've gotten harder to catch.

Thanks for the update, I was wondering when one was coming. And I had to laugh at the growth of the geese, its a skip,hop,jump from goslings to teeners to adults. I absolutely LOVE the goose tractor as my daughter's husband is busy assembling their chicken tractor for their chicks.

Good luck with your gardens, and please be careful around the bees.

I was so happy to see your post! I check OFTEN for my Alaska fix and was afraid you were giving it up. Sorry you about the rough kidding season. Denali is beautiful. We have only 2 bucklings so far. Hoping for at least one girl from our next one due in mid July.
Take care...Molly

WOW!! I KNEW you were up to something ;-)!! I am happy to hear you're okay after such a dangerous accident, and I'm sorry to hear about the doeling too. Avery's garden sounds like such a treasure, she'll remember it for always! Take care, thanks for sharing!